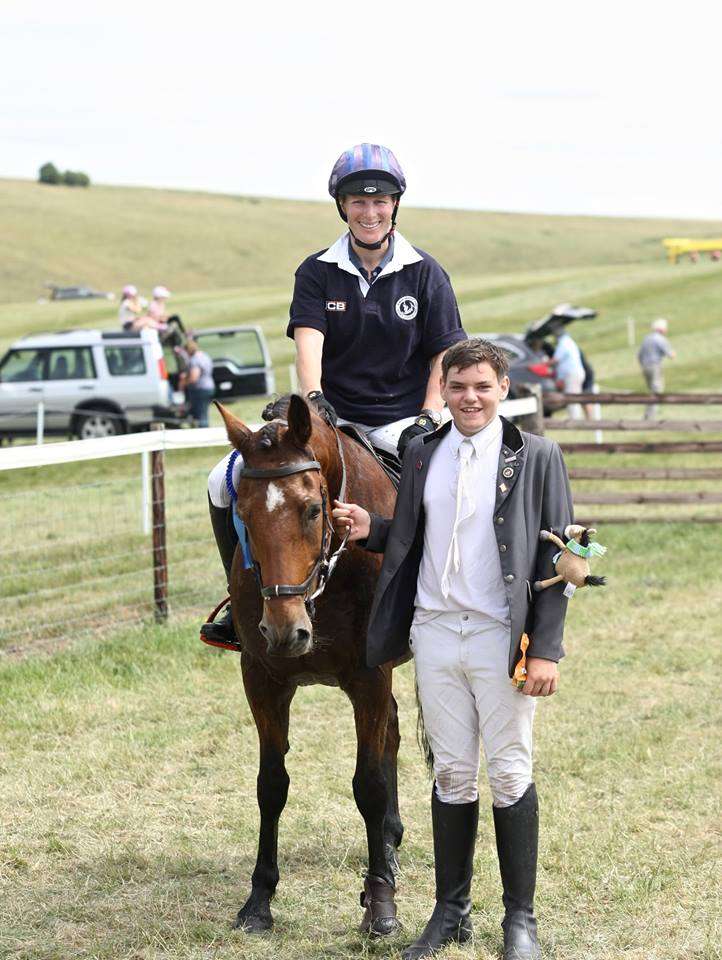 It was my first year taking part in the inter hunt relay for the New Forest Hounds, and I was quite unsure about it at first. Me and Salsa, my new forest super star owned by Kate Ingram, had never done anything like this before. We arrived with just enough time to say our hellos, walk the course and tack up. Salsa was as good a gold! We were in both the junior and senior teams so our day was expected to be quite busy and it definitely was. In the juniors I was third to go and I had to rescue the girl who went second in both rounds as a rather big skinny was at fence two. Salsa flew round making it look easy and made up for lost time and our junior team came third! Then I was also in the seniors team, New Forest team 1 otherwise know as team Ipley. I was third to go in this team as well! We managed to make it into the quarterfinals after I had to rescue another member in our team which meant we had been round the course a whopping 6 times already! Our team was then drawn up against another new forest hounds team, which also happened to be the team my sister and Salsas owner was in! It was a fierce fight but our team managed to beat theirs and we were in to the semi finals which took place down in the main ring. How exciting! Salsa was well up for the challenge and I couldn’t be happier with how he was going! We were draw to go in the second round and on the xc side, which meant the crowds were all fired up but we were on the other side to them! My team mates were amazing! Zooming round the course and through the water at the top end of the arena. The crowd were going wild. Salsa was getting very excited by this point! It was then my turn I grabbed the baton and flew off towards my first fence; Salsa going faster than he’s ever gone before! We were slightly behind at the time but me and Salsa stormed over the fences and flew up the hill towards and through the water then down over the final fence passing the baton over to the final member of my team and Me and Salsa had taken over the lead! We watched in anticipation as our last member flew round the course. It was over so quickly! The results were calculated and they called out that the New Forest Ipley team had won which meant were were into the final! We hardly had time to breathe! We were now drawn on the crowds side and it was defiantly a battle well fought, our team did super again just narrowly finishing in second place! It was brilliant to be in such a buzzing atmosphere, the crowd cheering for their teams. It was even better being one of the fan favorites because I was on my little pocket rocket! By this time Salsa had done 8 rounds! But that wasn’t all, the two winning teams horses were then chosen for the JCB Champions Challenge which is where professionals for the racing and eventing world go head to head over the same course! The competition was fierce! Mr Salsa at the time had made quite a name for himself and become one of the favorites which sparked the attention of the eventing team captain who happened to be Zara Tindall!
Zara had chosen to ride my horse! It was an amazing feeling ; I couldn’t wipe the smile off my face! She quickly hopped on him and they were soon escorted into the arena by the officials! It was excellent watching such a brilliant rider on super star salsa. She was last to go as she was the team captain and the crowds were all pumped up! She soared round the course and we even have pictures to prove she was having fun! Look at her smile! They finished just behind the jockeys this year but it was announced the salsa and Zara had done the quickest round which created loads of clapping and cheering from the crowds! It was such a wonderful day! Zara was so lovely and I couldn’t be happier with salsa! he had done 9 rounds that day and still had enough energy to do it again! He’s such a wonderful pony! I loved him so much! Kate, his owner, and Penny, the team organiser were also really supportive! It was such a wonderful day!

We use cookies on our website to give you the most relevant experience by remembering your preferences and repeat visits. By clicking “Accept All”, you consent to the use of ALL the cookies. However, you may visit "Cookie Settings" to provide a controlled consent.
Cookie SettingsAccept All
Manage consent

This website uses cookies to improve your experience while you navigate through the website. Out of these, the cookies that are categorized as necessary are stored on your browser as they are essential for the working of basic functionalities of the website. We also use third-party cookies that help us analyze and understand how you use this website. These cookies will be stored in your browser only with your consent. You also have the option to opt-out of these cookies. But opting out of some of these cookies may affect your browsing experience.
Necessary Always Enabled
Necessary cookies are absolutely essential for the website to function properly. These cookies ensure basic functionalities and security features of the website, anonymously.
Functional
Functional cookies help to perform certain functionalities like sharing the content of the website on social media platforms, collect feedbacks, and other third-party features.
Performance
Performance cookies are used to understand and analyze the key performance indexes of the website which helps in delivering a better user experience for the visitors.
Analytics
Analytical cookies are used to understand how visitors interact with the website. These cookies help provide information on metrics the number of visitors, bounce rate, traffic source, etc.
Advertisement
Advertisement cookies are used to provide visitors with relevant ads and marketing campaigns. These cookies track visitors across websites and collect information to provide customized ads.
Others
Other uncategorized cookies are those that are being analyzed and have not been classified into a category as yet.
SAVE & ACCEPT